Heritage trail of the Lublin Jews: The Grodzka Gate 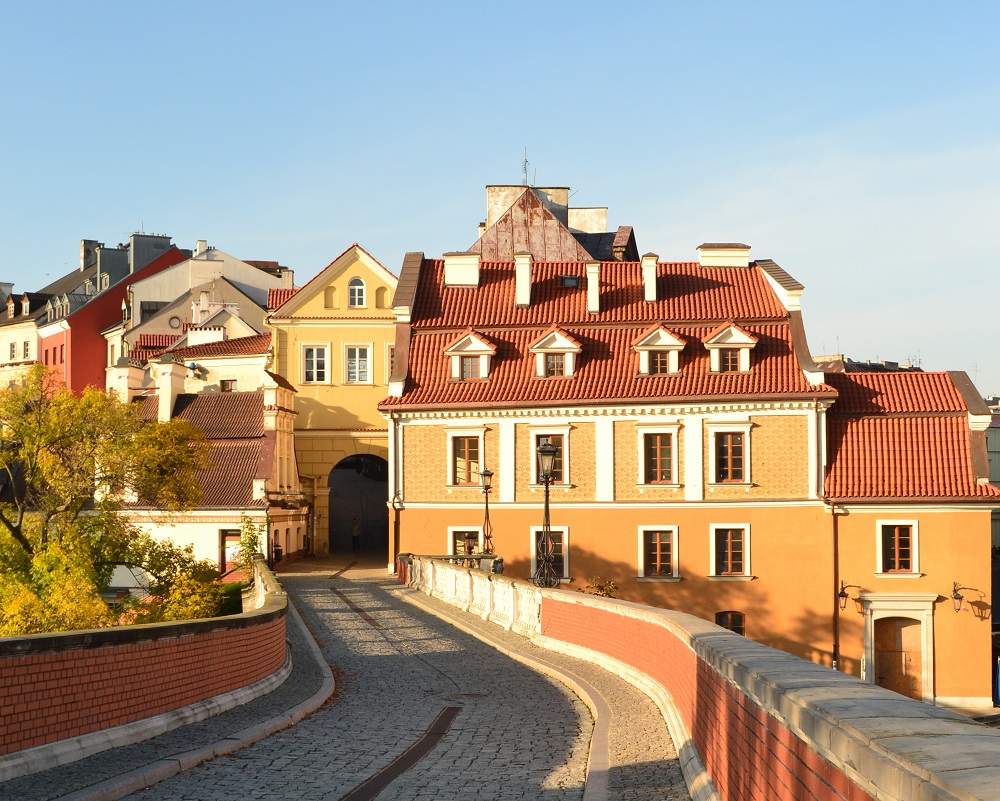 In the past, the gate guarded the passage in the defensive city walls. It was also a link between the "Christian city" and the no longer existing "Jewish city", which is why it was often referred to as the "Jewish gate".

Originally the gate was in the form of a quadrangle crowned with a helmet, with an added foregate. In the second half of the 18th century it was rebuilt in the classical style according to the design of Dominic Merlini and devoid of any defensive features. The reminders of this renovation are the date MDCCLXXXV and the SAR monogram (Stanislaus Augustus Rex - Stanisław August King) placed on the gate from the side of the Old Town.

Currently, the building is the seat of the "Grodzka Gate - NN Theater" Centre, a local government cultural institution, acting to protect the cultural heritage of Lublin and the Lublin region.