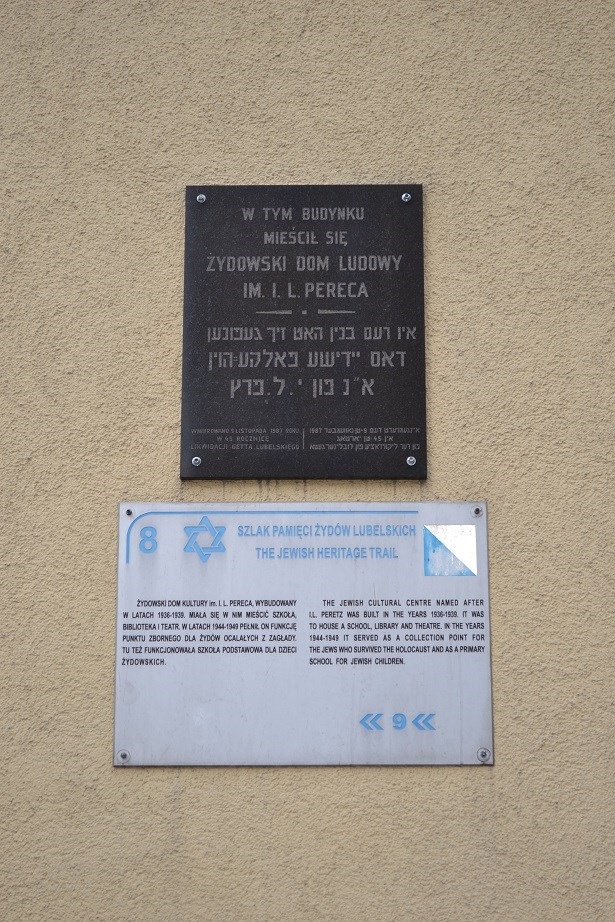 The former I.L. Perec Community Centre is located at the junction of Czwartek and Szkolna streets.

The construction of the Perec centre began in 1936. It was supposed to serve as the centre of secular Jewish life in Lublin, but its solemn opening - scheduled for September 1, 1939 - did not take place due to the outbreak of World War II. After the liberation of Lublin, the building became the centre of the reviving social and cultural life of the Jews returning to the city.

The Jewish Committee in Lublin took over the centre in August 1944. Initially, the building was only used as a lodging house, but over time it was possible to organize a kitchen and renovate the theater room. In 1948, the Jewish Universal School was moved to the Perec centre. Although the institution operated only until mid-1949, the building regained its original function as the seat of the Jewish school for a short time. From 1951, the building became the property of the Ministry of Agriculture, subsequently it was occupied by the then Institute of Occupational Medicine and Rural Hygiene. It currently houses the headquarters of the National Health Fund.The patron of the building - Icchak Lejba Perec was born in Zamość in 1851. He was a well-known Jewish writer, poet, and publicist. He is considered one of the classics of Jewish literature.