St. Peter and St. Paul’s Church and the Monastery of the Capuchin Order 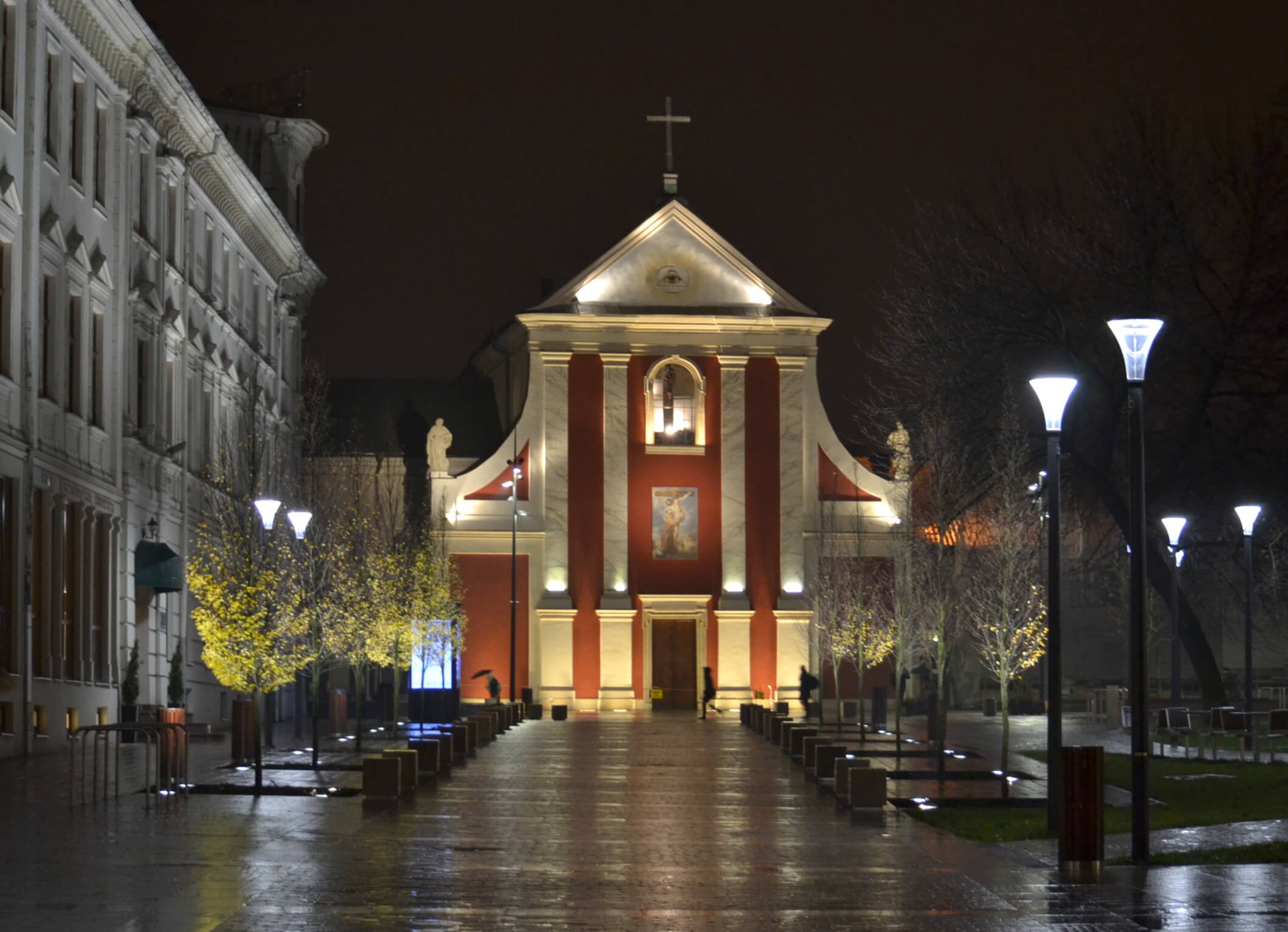 The Capuchin Order arrived in Lublin in 1721. Built in the years 1726-33, the church and the monastery complex were founded by Paweł Sanguszko and his wife Anna Lubomirska. It was designed by Karol Bay. The exterior form and the interior design of the church were meant to reflect the strict Capuchin monastic rule. The façade is modest and harmonious, decorated with pilasters, volute forms, and figures of St. Peter and St. Paul. In the centre of the triangle-shaped gable there is an oculus with the Eye of Providence.

The interior of the church is modest and devoid of superfluous gilded decorations and paintings, the oak altars are plain, not covered with polychrome. The roof and the original interior décor destroyed in 1768 in the fire were thoroughly reconstructed. In 1857 a neo-gothic chapel of the Immaculate Heart of Virgin Mary was built and a white marble figure of St. Mary by Władysław Oleszczyński was placed inside.

When the Capuchin Order was relocated to Łomża in 1864, the church was given to diocesan priests and the monastery converted into a storehouse. In 1919 the buildings were reclaimed by the Capuchins.