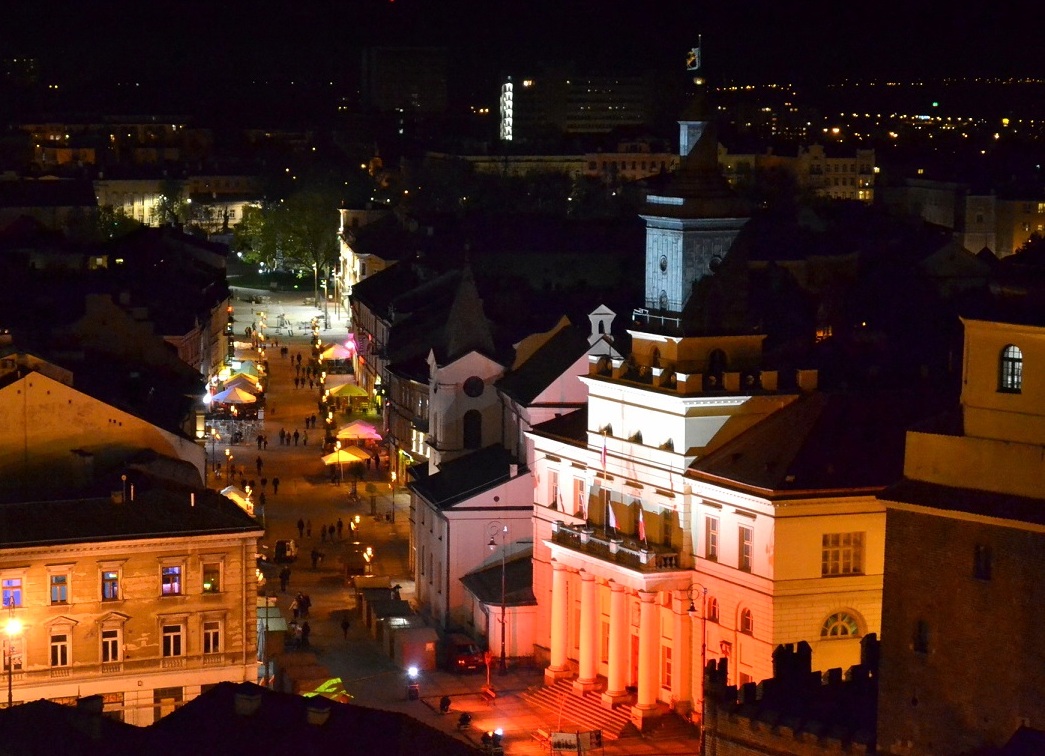 The building of the current Town Hall was created as a result of the reconstruction of the former church and monastery complex belonging to the Discalced Carmelite friars, which was destroyed in a fire in 1803. After the fire, the friars moved to the former convent of the Discalced Carmelite nuns on Świętoduska Street. The destroyed buildings were bought by the City Hall with the intention of locating the new seat of the city authorities here.

The current building of the Town Hall was designed by Aleksander Groffe, who was the general builder of the Kingdom of Poland. The building was erected in the years 1827-1828. The town hall was given a classicist façade with a magnificent four-column portico.

During the Second World War, the building was partially destroyed. Worth mentioning is the figure of Jan Gilas, a janitor of the Lublin City Hall - in September 1939, during a German air raid, he carried an unexploded bomb out of the Town Hall, then suffered a heart attack and died in front of the building, still holding the bomb in his arms. Jan Gilas is the patron of one of the nearby streets.

The town hall was rebuilt in the years 1947-1952 in accordance with its previous appearance.

Above the entrance door and on the top of the building, you can see the image of a goat - Lublin's coat of arms. On the wall of the building there are plaques with the names of Lublin's sister cities.

An unquestionable attraction is the bugle call of Lublin played by the city trumpeteer every day at noon from the balcony of the Town Hall.