Palace of the Lubomirski Family 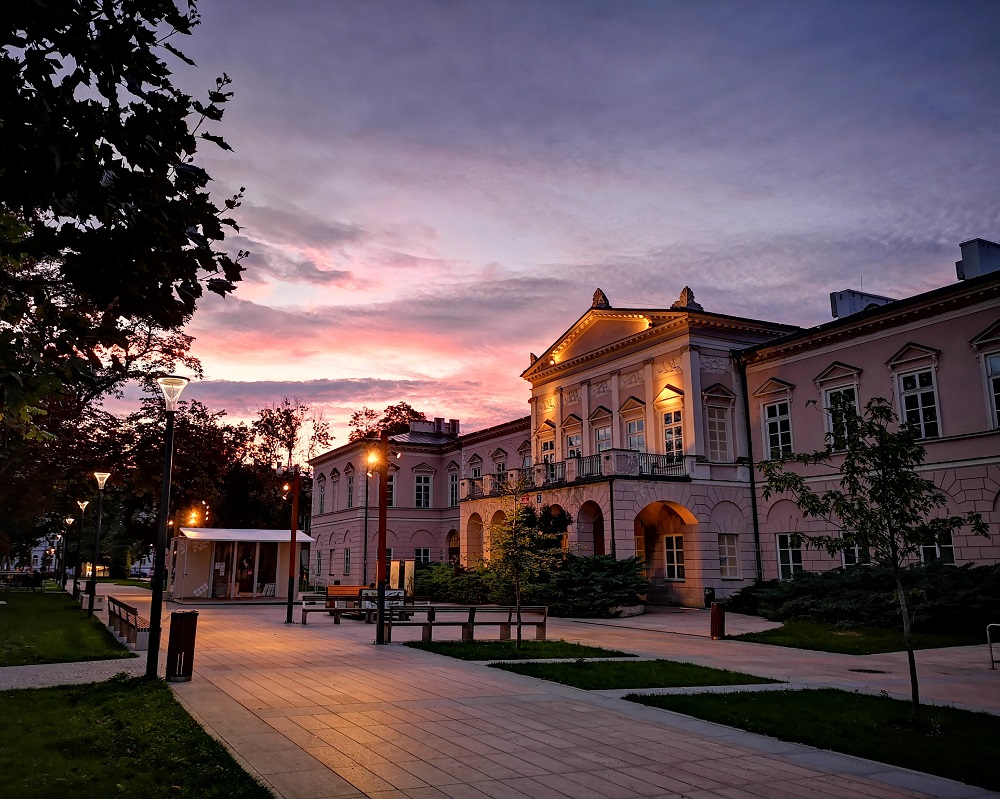 The Lubomirski Palace at Litewski Square was the property of many prominent Polish families. It is one of the most architecturally and historically interesting buildings in Lublin.

In the XVI century, a Renaissance Firlej family manor house with features of defensive architecture stood in this place. In the XVII century, the property belonged to the Lubomirski family, who rebuilt the building according to the design of the outstanding Flemish architect Tylman van Gameren. It was a baroque, one-storey building with a high roof with dormer windows and corner alcoves.

In 1722, the owner of the palace was prince Karol Sanguszko, the marshal of the Grand Duchy of Lithuania. Soon after, the building was destroyed by a fire. In 1801, the palace was purchased by the then president of Lublin, Beniamin Finke, and then handed over to the government.

Over the following years, the palace rooms served as a military hospital and even a straw store. In 1822, general Józef Zajączek, the governor of the Kingdom of Poland, assigned the palace to the seat of the Lublin Province Commission. The renovation design was carried out by Jan Stomph, who gave the building neoclassical features.

After another fire, the architect Henryk Marconi rebuilt the palace, giving it a neoclassical appearance with Empire elements in the central avant-corps of the façade.

On the 7th of November 1918, the building became the seat of the Provisional Government of the Republic of Poland under the leadership of Ignacy Daszyński. The event is commemorated by a plaque placed at the main entrance.

Currently, the Museum of the Eastern Territories of the Former Commonwealth is being organised within the historic walls of the Lubomirski Palace.