Church of the Conversion of St. Paul 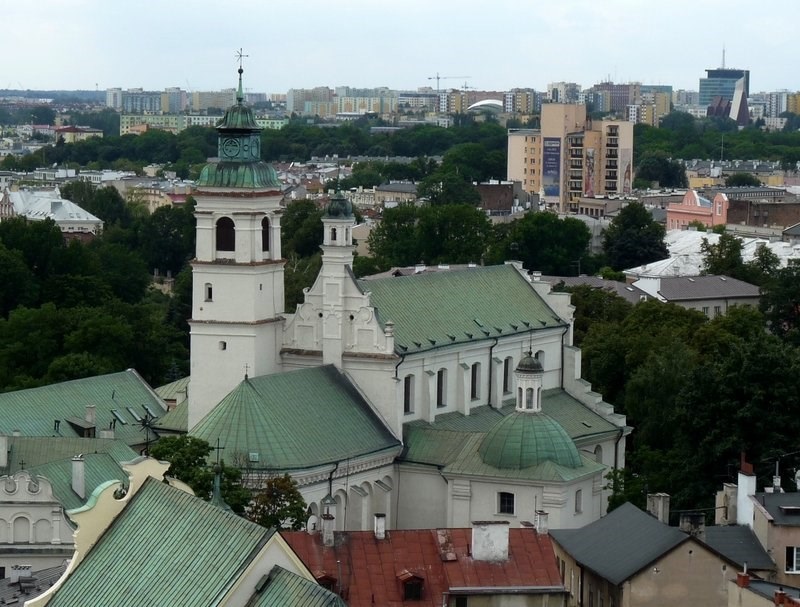 The church and the cloister was build for the Bernardine Order between 1473 and 1495 from the funds of Lublin townspeople. The reconstruction by Rudolf Negroni and Jakub Balin in the first half of XVII century had a direct impact on shaping the Lublin Renaissance style. The church became an exemplar for other temples erected in the Lublin Region.

The ceiling was covered with intricate stuccos and the eastern side of the church features a characteristic gable covered with strapwork. Inside there are many Renaissance tombstones, including the one of Andrzej Osmólski from the beginning of the XVII century, and epitaph plaques, such as the one of Wojciech Oczko – the court medical doctor of the last Jagiellon kings and Stephen Bathory.

The Baroque altars were artistically carved by Jan Kargier and Sebastian Zeisel (sculptors connected with the Czartoryski Family in Puławy). The main altar features a miraculous painting of St. Anthony, the saint patron of Lublin. The holy relics of St. Anthony and St. Valentine are being kept in the church.

In 1569 after the Union of Lublin was signed, a ceremonial thanksgiving service was held in the church.